It is a well-known fact that coin collectors are the alpha males of the collectible community.  And, of course, the most masculine medallion anyone could possess is a 18th century Russian beard token.  For you see back in 1698, Czar Peter I implemented a massive scheme to rapidly Westernize his rural Russian subjects. Any practice he considered sufficiently provincial or backwards was subject to a punitive tax. Fines were paid for clumsy dancing, excessive use of cucumbers, rhetorical questions, awkward pauses, awkward poses, and lazy eyes -- I'm not really sure how that last one could be curtailed by taxation but whatever.

However, one cherished Russian custom received extra special scrutiny from the taxman: beards. Only citizens who had purchased a pricey beard token from the government could remain unshaven in public. In fact, any scruffy peasant who couldn't present this coin to the police when questioned would be separated from his whiskers on the spot. Ultimately, the fine for furry faces was lifted in 1772, but not before several versions of the beard token had been minted, each destined to be coveted by collectors throughout the globe. 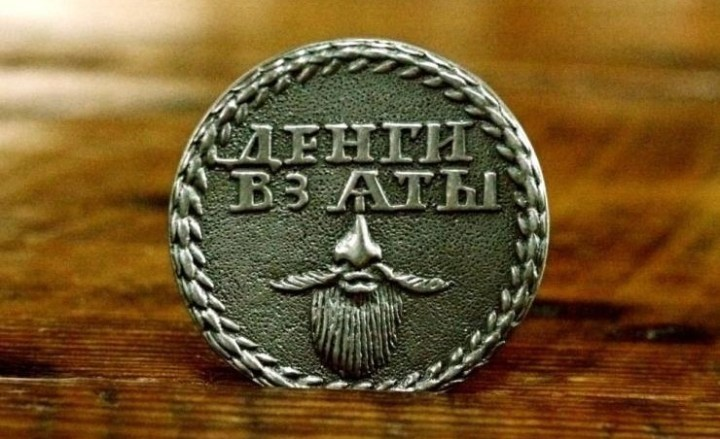 A beard token from 1705. I think with inflation this coin probably exempts the owner from having to shave his beard and back.
Read More >>