Even non-sports fans know the baseball origins of words like home run and strikeout. However, the English language has also been enriched by expressions with somewhat forgotten connections to our national pastime.

For example, way back in 1987, the Detroit Tigers, a team pure of heart and noble of spirit, finished the regular season with the best record in the majors. All right-thinking people of the time thought a World Series championship was a certainty. Unfortunately, through a combination of shenanigans and subterfuge, the treacherous Minnesota Twins defeated the Tigers in the American League Playoffs. The details of the Twins' triumph are too painful to recount, but their pitching ace Frank Voila (pronounced wah lah) did figure prominently in the victory. In fact, forced to contemplate this incomprehensible result, all anyone could do was point to the mustachioed Minnesota left-hander and say "Voila!"  Eventually, the word percolated into popular culture as a way to introduce any remarkable or unexpected spectacle. 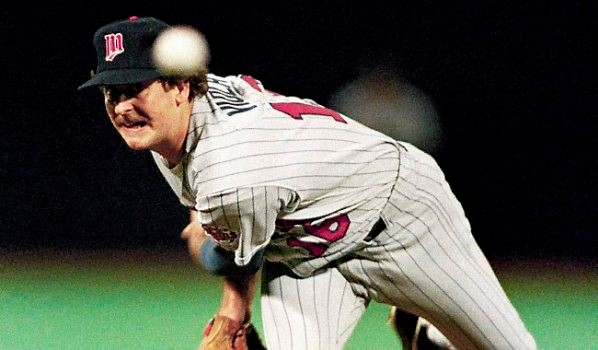 Voila! The Minnesota Twins win the 1987 World Series.
The next edition of our in-depth look into baseball etymologies will explain how utility outfielder Johnny Grubb was the inspiration for the word grubby.
Read More >>