We are following up on our commentary last week about the inversion of the yield curve. The most scrutinized place on the curve for inversion is between the 10-year and 2-year Treasuries. We have not reached an inversion point for this part of the curve at this time.

There have been 4 inversions in this part of the curve since 1989. The graph below charts over the last three decades the performance of the S&P 500 total return index and the difference between the 10-year and 2-year yields (a negative value for this data point is an inversion of the yield curve). The first inversion identified on the graph was in June of 1998. The S&P 500 rose 39% between that point and its high before the tech crash. The second inversion indicated on the graph occurred in January of 2006. The S&P 500 rose 26% after this event before finally crashing at the onset of the financial crisis of 2008. These examples illustrate that an inversion is not a indication of an immediate fall in the market. It does not mean that a recession is necessary in the next couple of months. The current market situation is also different because there is quite a bit of global demand for US debt simply for the reason that all other possible reserve currencies (like the yen, euro, and pound) are yielding very close to zero. This means that prices will continue to rise for US Treasuries, pushing the yields down. 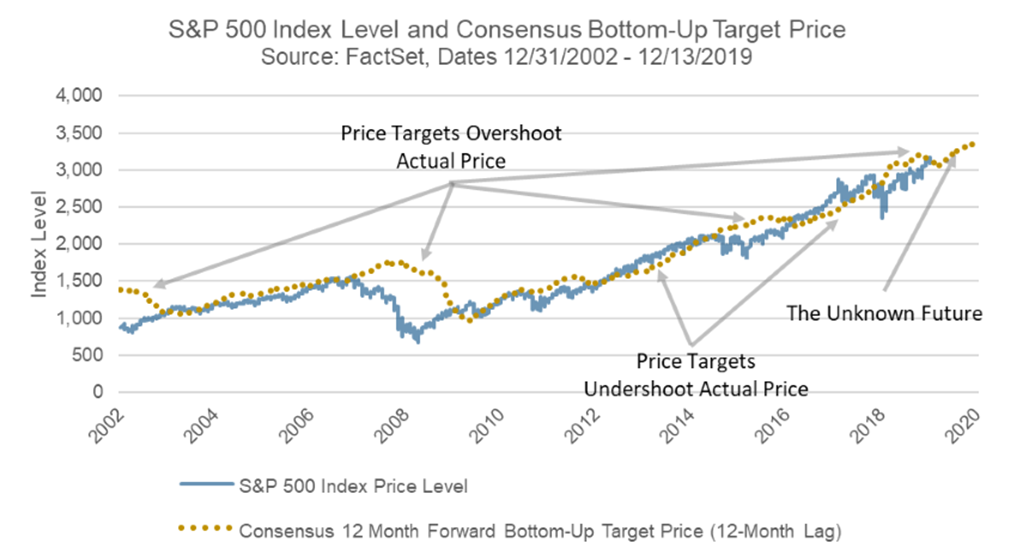