High expectations and paranoia have been swirling like a cloud of smoke around Canadian marijuana-producing companies for most of the year. The actual legalization of pot in Canada coupled with increasing deregulation in the United States has created quite a buzz around this industry. To illustrate the mania we will use a concrete example. Tilray, Inc., a Canadian cannabis company, had an IPO on July 19, 2018, at $17 per share for a $1.2 billion valuation. The company had $12 million in sales in 2016 and $20 million in sales in 2017, recording a negative $7.8 million dollar net income each year.

On Tuesday night, 9/18/2018, the CEO of Tilray went on Jim Cramer’s show and made some bold claims about the future of his company. Wednesday the stock price shot up to $296 at one point. This gave the company a $20 BILLION dollar valuation. According to FactSet analyst composite, Tilray has projected sales next year of $155 million. There is no valuation metric that makes sense in this case.

Now we will not say that paying up for growth is bad. This happens all the time. It is often wise to pay up for growth as high growth companies will lower valuations over time through fundamental growth. Nor is our issue with investing in a new high growth area of the economy. Where we take issue is paying insane valuations for a commodity producing company. There is no network effect to cannabis, the moat around any of these companies is thin at best. This is not even a case of tobacco companies from the 20th century that produced a commodity but somehow still inspired brand loyalty. These cannabis companies are producing a commodity. Should you take this risk, please be very careful and be very diversified. Do not buy anything based upon hype. As Blood, Sweat & Tears told us in that wonderful song, “What goes up, must come down." Fundamentals will win in the end and the high will come down. 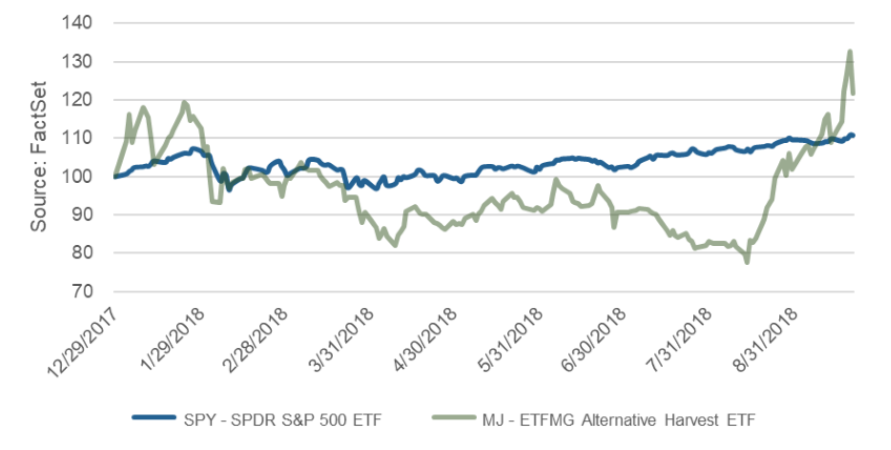