Last week, we touched on Ohm’s law, and how it works well to describe our world, in large part, because it has been forced to work. Right now in the financial markets, we continue to see a divergence between those that believe in a "quick, V-shaped economic recovery" narrative and those that believe in a “prolonged struggle to re-open” narrative. It is interesting how the same data reports are cited by each group to bolster their cause, as each group force the numbers to fit their narrative. Both sides dig their heels with each new piece of data that comes out. Looking at the May retail sales data that was released by the Commerce Department last week was less than enlightening. We had the largest ever fall in retail sales in April followed by the largest ever increase last month. Each side claimed victory after analyzing the data. The two charts below tell us something in between. Looking at just month-over-month changes in retail sales in the first chart shows that consumer spending bounced back quite nicely in May. However, if we add total levels of sales to the picture, like in the second chart, we see that retail activity is still way below recent highs and currently sits around 2017 levels.

We will continue to see big numbers and big winners and losers in the data reports to come in the near future. Putting it all in perspective will be difficult. The numbers last week were good, but they always must be analyzed alongside the environment that created them.  For now, the current combination of horrible shutdown numbers and great initial re-opening numbers still leaves a lot of wiggle room for people to claim that the market is following their favorite narrative. 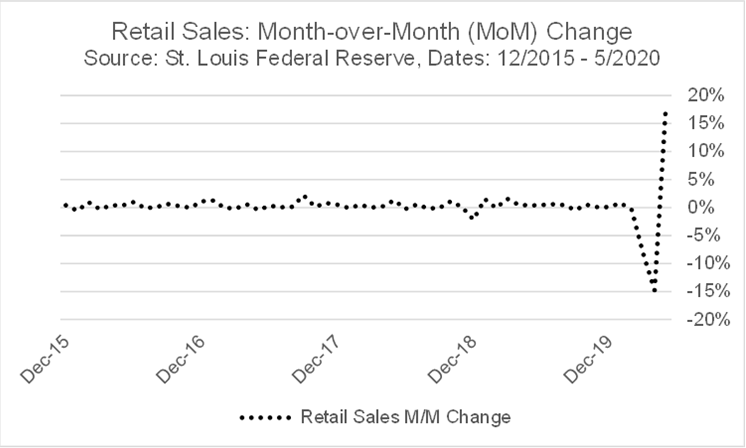 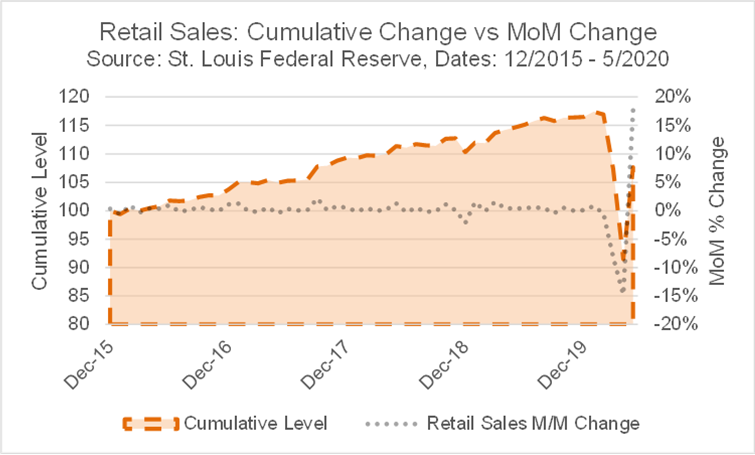