Now is a time of acrimony and antagonism. Everyone knows who the bad guys are and why they should be stopped. In the financial world, one perpetual villain has been short sellers— those people who try to profit from a company’s stock price going down. France believed the practice too diabolical to allow during the coronavirus lockdown. Tesla Motors CEO Elon Musk has launched a thousand tweets on the evils of short sellers. Yet, last week the financial media recounted a recent example of these most hated villains helping to restore integrity to the marketplace.

At the start of 2020, China’s Luckin Coffee Inc. was a company growing at a blistering pace. From almost nothing three years ago, it was generating enormous revenue growth, and its equity had doubled in valuation to $12 billion only eight months after going public. Luckin was opening stores at a faster rate than Starbucks in China. Luckin’s chairman Charles Lu attributed their amazing success to advanced data analytics and a high-tech mobile app that allowed the company to draw in customers and keep them coming back. Big-name investors in both China and the U.S. were ecstatic with the company’s potential.

Well, everyone wasn’t ecstatic. On January 31, Muddy Waters Capital LLC, a US short seller with a history of exposing accounting fraud in Chinese companies, circulated an 89-page report that meticulously documented the problems with Luckin’s finances. Employing over a thousand individuals to visit various stores and examine foot traffic and receipts, Muddy Waters proved that most of the company’s revenue was fabricated.  Luckin initially denounced the report, but as new scrutiny intensified around the company, they eventually were forced to announce on April 2nd that they had faked a significant portion of their sales. The company was basically just buying and selling fake coffee back to itself to generate impressive revenue numbers: Coffee vouchers were sold by Luckin to friendly companies, and then Luckin used that money to buy fake inventory from other friends.  A closed coffee cash loop (See the chart below). Now, Muddy Waters was only willing to make the significant investment in time and money needed to prove this fraud because they knew that there was possibility of profit by shorting the stock. So the market bad guys uncovered the financial chicanery when many others—like Luckin’s auditors—were unwilling to do the right thing. 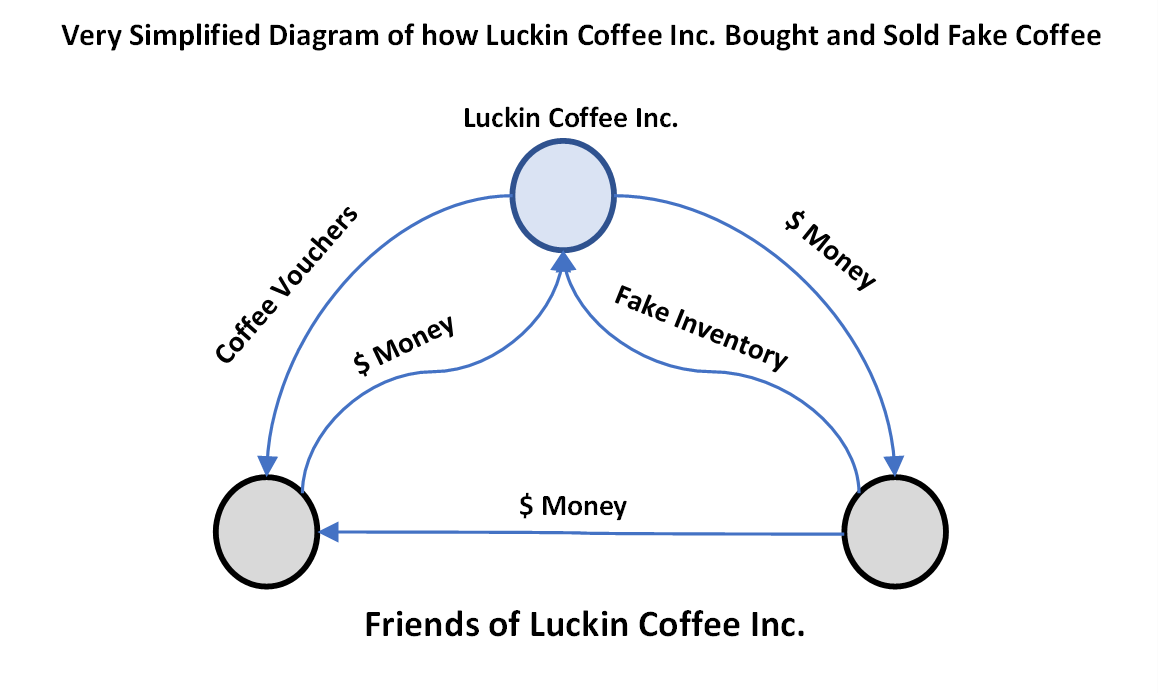 Ultimately, shorting a stock is the expression of an opinion—an opinion that a company is a bad investment — just like buying a stock is the expression of the opinion that a company is a good investment. There are people with these opinions who do bad things and commit crimes to make their opinions profitable. But it is the actual crimes that should be attacked not the opinions. In the financial world, like the overall broader world, the ability to express a diversity of opinions freely is needed to help maintain the integrity of the system, even the opinions of the bad guys.