An armada of oil tankers is parked off the coast of California with drums of unneeded petroleum. Cargo ships filled with new cars stay docked in the harbor. Even kegs of draft beer for St. Patrick’s Day celebrations that were never meant to be remain untapped in pubs. There is a serious logjam in the global supply chain. Seemingly every consumer product or commodity is now jammed into storage, with the possible exception of actual logs which are needed to make toilet paper.

Obviously, the virus-induced dearth of demand has decimated revenues of most businesses around the globe. Yet stocks have bounced back from their lows in mid-March. How is this possible? Much of the credit for the rebound has been given to the Federal Reserve, as the central bank has been aggressive in its efforts to bolster the economy. The Fed has implemented programs and facilities to help support the various commercial credit markets throughout the country. Thus, a manufacturer like Boeing, which expects to burn through $20 billion in cash this year as its airplanes sit idle, was able to find takers for $25 billion in bonds issued last month. Normally, an IOU from a corporation with no real revenue would not be worth much in the marketplace. But with Boeing’s most optimistic estimates indicating that air travel will not return to previous levels for three more years, how long the Fed could uphold these companies is uncertain.

Ultimately, the Federal Reserve cannot force consumers to spend, and it is consumer spending that accounts for 70% of the output of the $22 trillion dollar U.S. economy. As we have mentioned previously, there will be several roadblocks to a return to pre-pandemic consumption patterns even when government lockdowns are lifted. Americans aged 65 and older, who have a higher vulnerability to the coronavirus, account for approximately a fifth of all spending. Only 20% of Americans surveyed by Gallup said they would resume normal daily activities “immediately” after the removal of lockdowns; almost 10% said they’d limit social contact “indefinitely.” And the 30 million jobs lost over the last six weeks will certainly not be an inducement for greater overall spending.

Until the consumption can be galvanized, any advances in share prices remain precarious. The possibility for stagnation or declines from recent highs remain very strong even with the most aggressive and well-intentioned actions from the central bank and federal government. 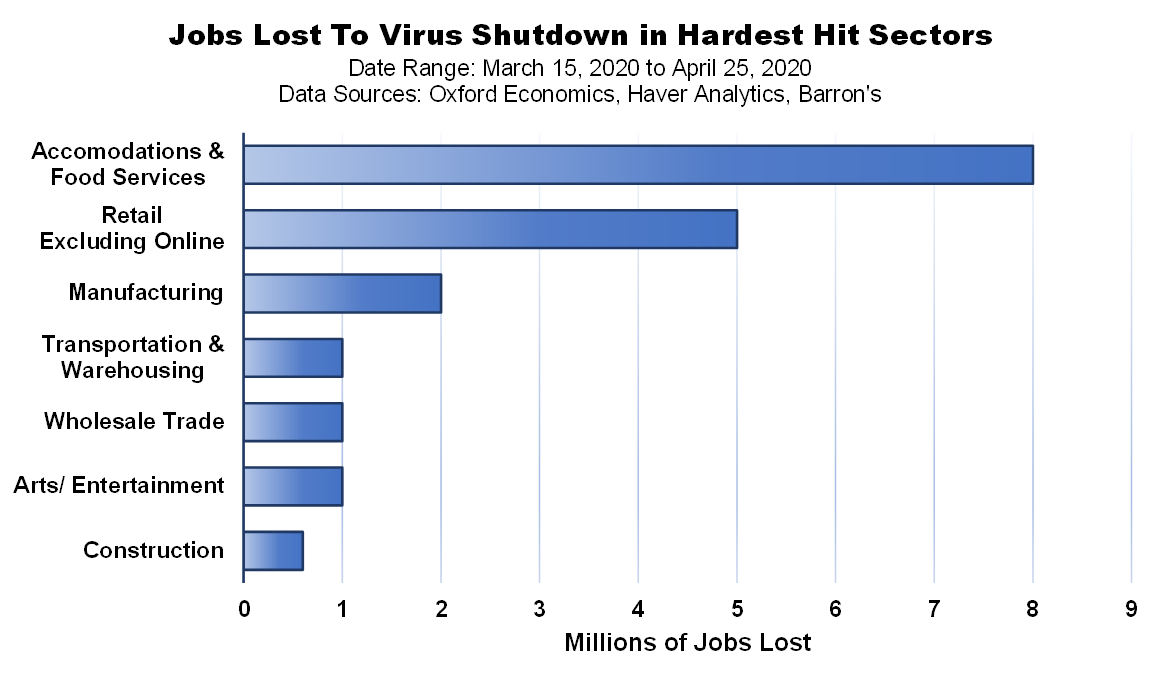