There is always quite a bit of griping over the job that the Federal Reserve (the Fed) is doing, with standard complaints about moral hazard, overnight rates too high or too low, Operation Twist … you get the gist. However, let's just sit back and look at what has happened to the credit markets in numbers, forgetting all about the possible future ramifications. It was the goal of the Fed to provide liquidity to the market to make sure that the COVID crisis did not result in a liquidity crisis for all companies during the government lockdowns. The credit market was seizing up. The Fed can directly move the short end of the US Treasury curve, and they brought overnight rates to zero quite quickly (see the movement of the triangle-lines in the chart below). The problem was that with all of the uncertainty in the air, corporate bonds did not follow. It was deemed by the market that risks to corporate credit, which can get wiped out in a bankruptcy, were still elevated. The corporate curve did not bend down; in fact, it rose, showing more short term risk in the system (see the yellow circle-line in the chart below). 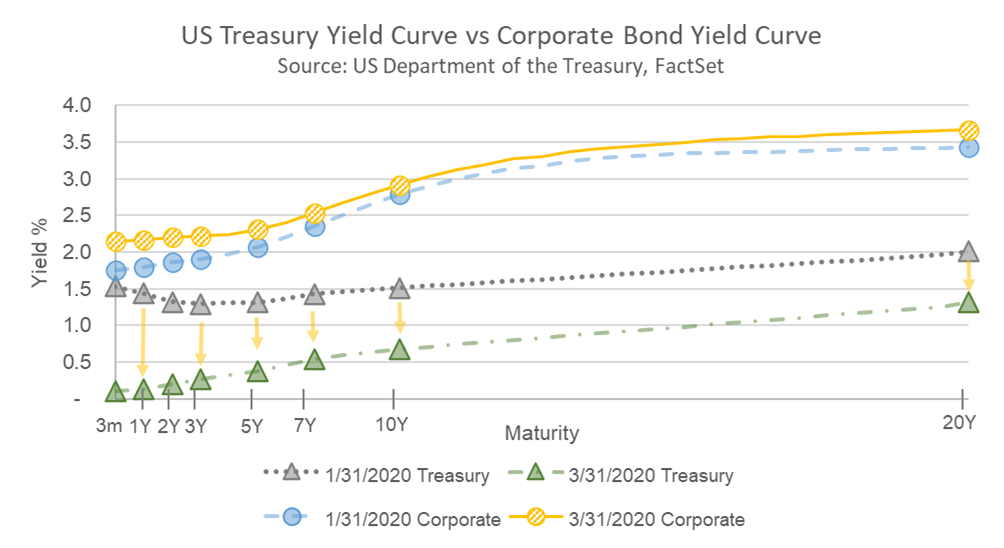 The Federal Reserve believed that extraordinary times called for extraordinary measures, and they wanted the corporate yield curve to bend toward the Treasury curve. So they announced that they would begin buying corporate credit for the first time. This had the desired effect of moving the front end of the corporate curve down (see the movement of the circle-lines in the chart below).  The funny thing is that the curve was bent significantly well before the Fed even began buying significant amounts of corporate debt on 6/15/2020. Just the announcement of such an unprecedented action by the central bank was enough to move the markets. 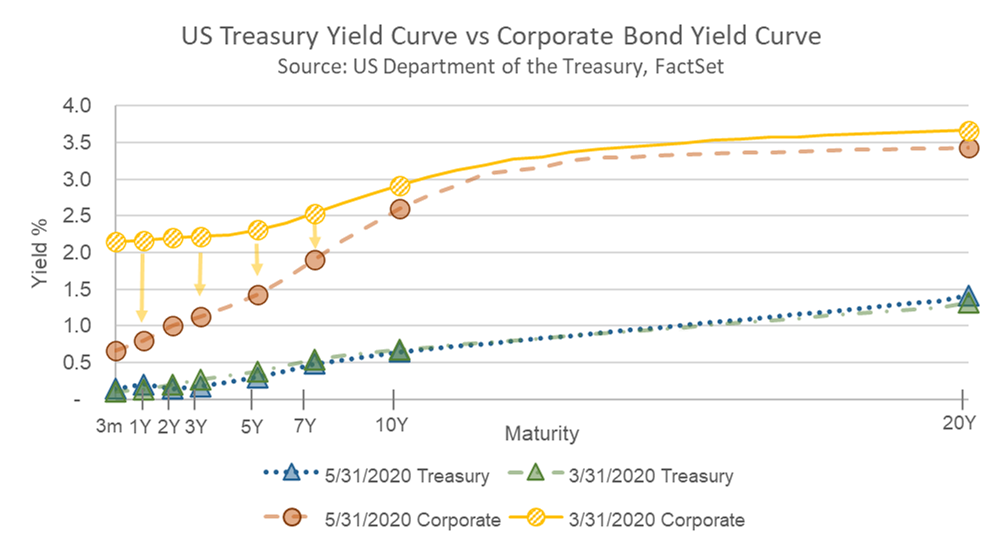 So whatever anyone feels about the Fed purchasing corporate debt, they have accomplished what they wanted to accomplish. And they have done so without much effort expended.