Just before dawn on June 30th, over 200 officers from the Italian national police force, the Carabinieri, conducted raids across Italy to arrest several members of the ‘Ndrangheta crime syndicate. Operating out of the region of Calabria located in the toe of the Italian boot, the ‘Ndrangheta are not quite a mafia family but more like a  conglomeration of criminal clans involved in numerous sophisticated illegal activities. This latest crackdown received several mentions in the financial press last week due to the ’Ndrangheta’s use of securitized “extortion bonds” in their most recent criminal schemes.

Although they come from the toe of Italy, the ‘Ndrangheta could play the part of well-heeled financiers. Over the last five years, they operated crooked health-care companies that, using a combination of fraud and extortion, had billed governmental agencies for sham services. Under European Union (EU) law, overdue invoices owed by state-controlled entities incur a guaranteed penalty interest rate. In possession of a logjam of lucrative receivables, the ‘Ndrangheta were able to get a Swiss bank to create a legal entity called a “special purpose vehicle” that pooled these assets and then issued bonds backed by the expected cash flows from the future settlement of the unscrupulous invoices. The Financial Times estimates that over $1.1 billion of these private bonds were sold to European banks and institutional investors between 2015 and 2019.

The financial process described above is called “securitization”.  Some might remember that term in relation to the financial crisis of 2008-2009, when mortgages were bundled into securities that often misrepresented the quality of the home loans underlying the assets. Obviously, securitization can lead to trouble. However, securitization, like all financial engineering, is ultimately morally neutral. The possible benefits of securitization include increased liquidity in the markets and new income opportunities for retail investors that would not be possible without it. 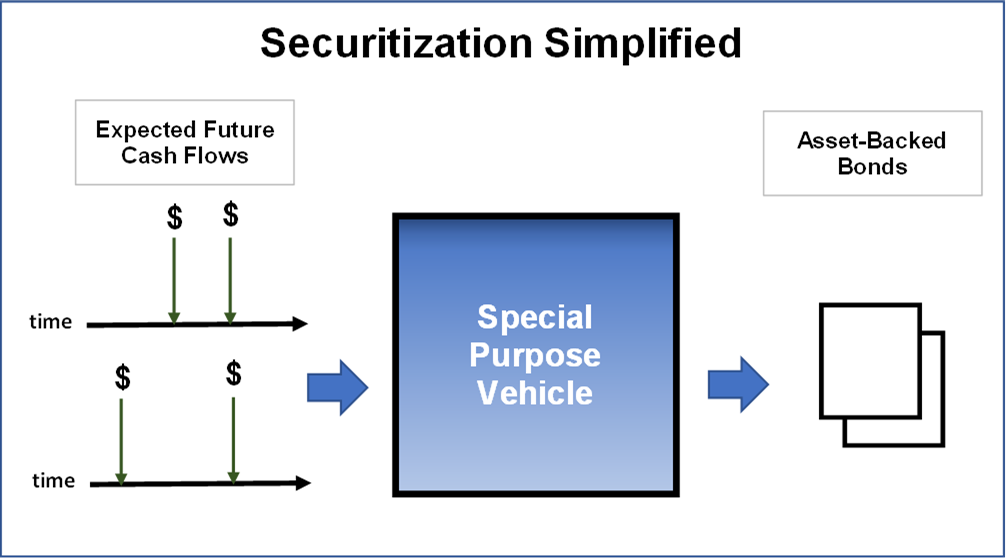 Securitization does add a layer of abstraction that can obscure the true quality of the underlying assets, but eventually bad inputs will lead to bad outputs.  In certain circumstances, some seasoned investors can forego the appropriate due diligence when evaluating such securities.  For several years now, the global financial markets have been starved for quality, high-yielding investments. So when the ‘Ndrangheta supplied the markets with bonds that included the EU’s high penalty interest rates, there were definitely bankers who were not too enthusiastic to scrutinize every detail of the asset’s provenance. Thus, ultimately the moral of this immoral story is that you should always be wary of investments that sound too good to be true.