With many questions turning from COVID to politics, it is important to refresh ourselves about what is important about electoral politics. There is no doubt that people are worried about the election. The electorate is always worried about upcoming elections and the future of this great nation. We get that, and we are also concerned about the future. But we are never convinced that the occupant of the White House has quite the impact that they are credited with in the press. Looking at the chart below tells us the same. Democrat and Republican regimes have had identical stock market returns through 2015. 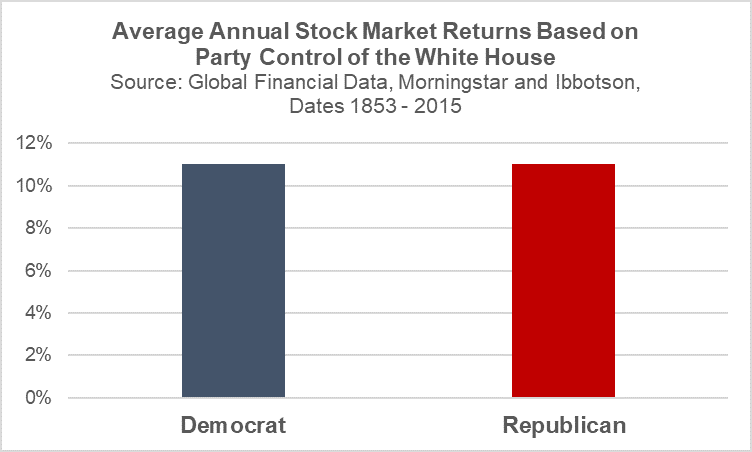 We believe that exogenous forces are far more powerful than any president of any country to determine the course of stock market returns. The chart below illustrates the performance of the S&P 500 following recent presidential elections. What we see is a big grouping in the middle with some outliers high and low. It would again be difficult to lay the blame or credit for the stock market performance at the feet of any of these presidents. Can you credit the bull market of the 1990s to Clinton? Or was it the emergence of digital technology, the collapse of Communism, and the expansion of Asia that gave us a great bull run? Did Bush really cause the 2000 Tech Bubble to burst? No, his administration came into a burstable bubble that was not caused by politics. 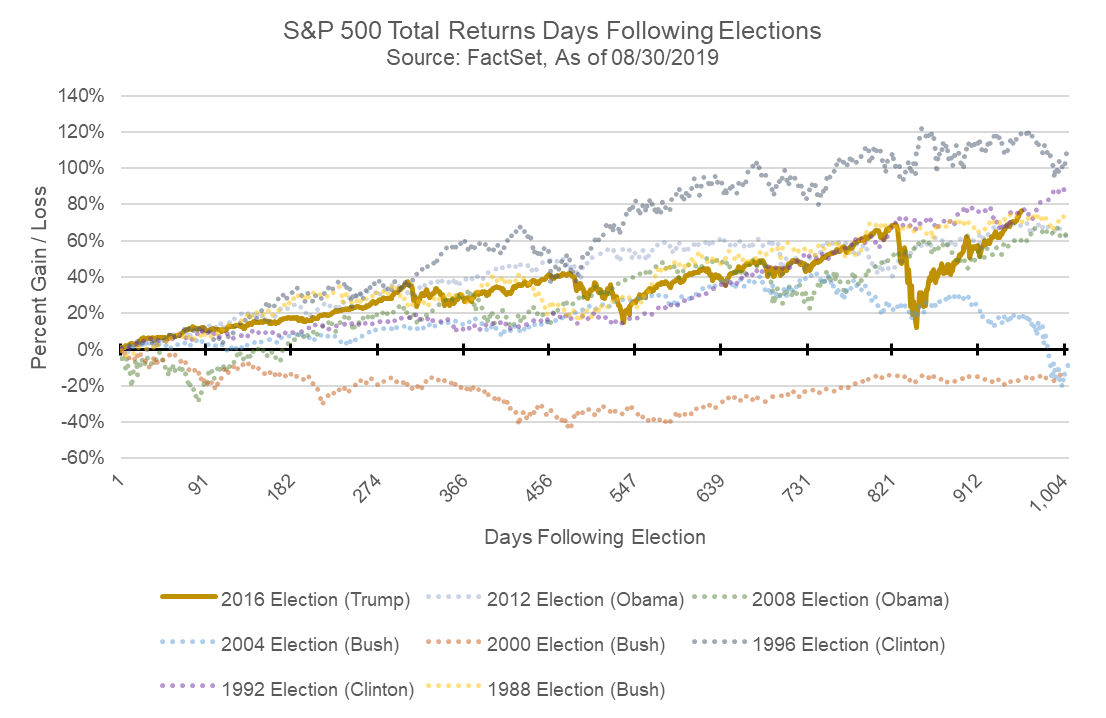 Remember that politicians, pundits, and people in general use hyperbole to sell a theory that they subscribe to. The data says that the stock market will be OK. Remember that pundits were predicting a massive drawdown if Obama won in 2012. And in 2016 pundits from the left and right were predicting that a Trump victory would crash the equity markets. No such crashes materialized. We did have a massive drawdown earlier this year, but that was due to exogenous forces, not political issues. There are many scary things in this world. Don’t be scared by the wrong thing.