Proper public sentiment can galvanize economies just as powerfully as it can push new government policy. How the average U.S. consumer feels about his personal financial situation and the surrounding business environment greatly influences momentum in the markets.  And with so much current COVID-induced uncertainty about where things are headed, indicators of public sentiment can become even more important in figuring out trends. Thus, the release last week of the preliminary September reading of the University of Michigan Consumer Sentiment Index, possibly the most scrutinized monthly gauge of the public's feelings about finances, was highly anticipated. The index takes a survey of  U.S. consumer confidence on personal finances, the short-term overall economy, and the long-term overall economy and then converts those answers into a number where a higher score indicates greater optimism. The September reading beat market expectations with a value of 78.9, the highest level since March of this year. Of course, as the chart below shows, this is far below the readings taken before the coronavirus lockdowns.  However, the chart also shows that we shouldn't be too sentimental about past sentiments, as public feelings about finances and the economy were much more pessimistic during the Great Recession of 2008-2009 according to the index. 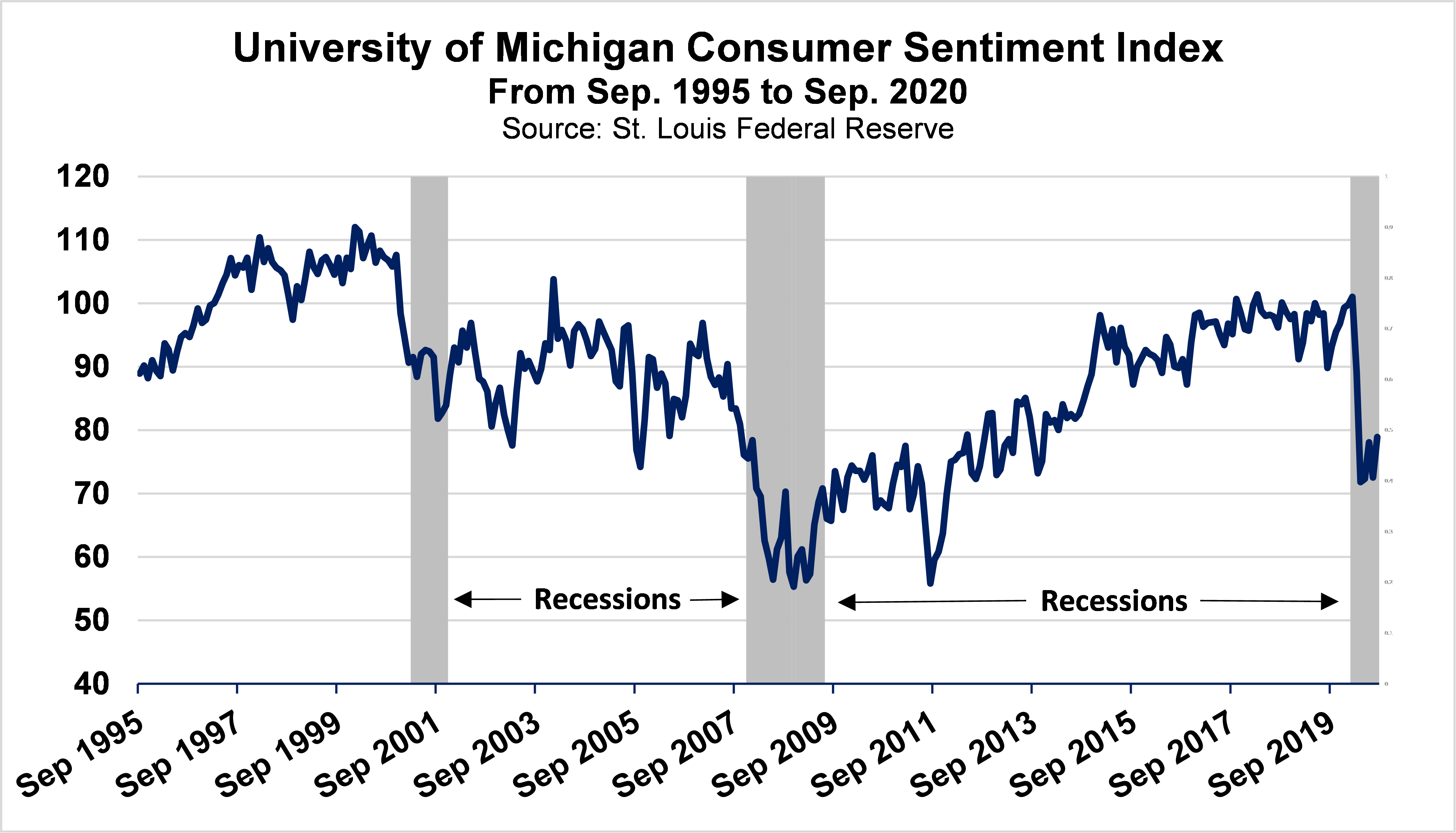 Diving deeper into the numbers, the unexpected boost in optimism had a partisan basis. Although survey respondents who identify as Republican have an overall higher optimism score on the index, the chart below  shows that Democratic responders had a much bigger relative boost in scores last month as the presidential election draws nearer. 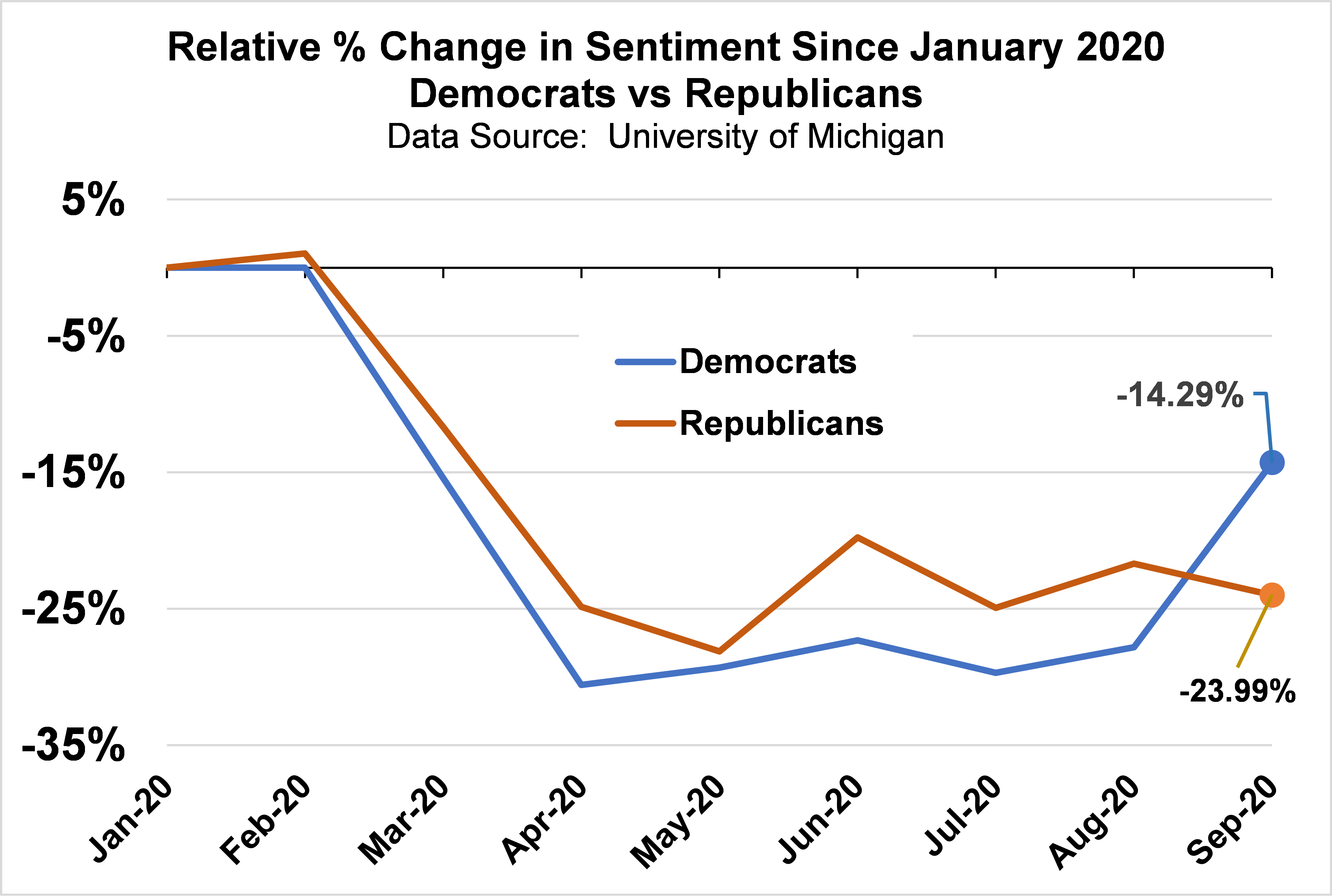 During election years, the survey asks respondents which candidate they think is going to win, not whom they favored or how they intended to vote. This poll had correctly picked every winner since the question was first asked in 1976 until the last presidential election when two-thirds of the consumers expected a Hillary Clinton victory.  According to the survey's chief economist, Richard Curtin, the data from July to September indicate "a virtual tie" for this year's election despite differing relative jumps in optimism.  The report accompanying the release of the survey also indicated two future factors that could cause volatile shifts and steep losses in consumer confidence: setbacks over the election results and delays in coronavirus vaccine production and testing. So with sentiment improving but on such a shaky foundation, ultimately the results of the survey leave one somewhere between certainly positive and positively uncertain.