Investors, both real and fictional, have tried to discern seasonal swings in stock prices for quite some time. Any anomaly in the chronology of return data can be given a name and pushed as the trend that will help eke out better performance for a portfolio. The traditional strong showing for stocks at the start of each year is labeled the "January Effect". An unusual clustering of very bad trading days in past Octobers (the month has seen two "Black Mondays", one in 1929 and one in 1987) is labeled the "October Effect". However, as the chart directly below shows, if we look over the last one hundred years or so of domestic stock returns, one month sticks out like a sore thumb - September, with an average -1.0% total return.  Coincidentally, after four losing weeks, the S &P 500 is down -5.66% this month as of the market close on September 25th.  Most market analysts would attribute the decline following four strong positive months to concerns that there won't be a second fiscal stimulus package this year from Congress, or anxiety about overvalued shares, or even jitters over the upcoming election. Nevertheless, is it possible the downturn was helped along by a mysterious "September Effect"? 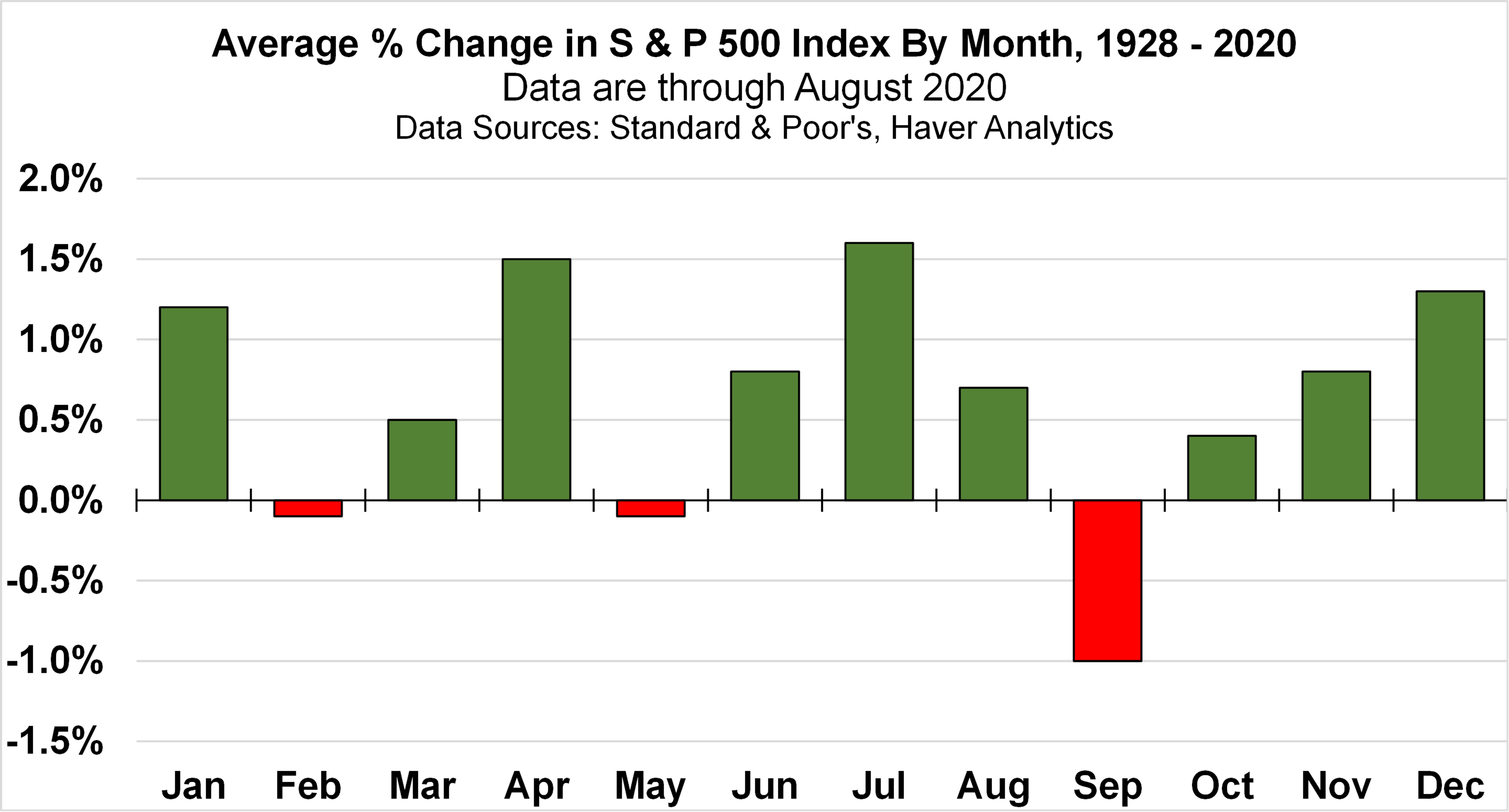 In 2018, the Stock Trader's Almanac acknowledged the anemic start to autumn with a little verse:


Analysts have tried to produce reasons for the historical September swoon such as mutual fund managers selling losing positions before their fiscal year finishes at the end of the month or vacationing investors returning back to work in the fall adjusting their portfolios to cash in for the school year and upcoming holidays. Other explanations can be even more convoluted and less convincing.

Regardless of the underlying cause, it important to realize that these long historical trends can have little importance to future returns. The chart below shows that the September Effect oscillates and even disappears as you move the starting date for the data range forward.

Any repeatable calendar effect in stock returns that gains public notice would be quickly priced in by the market ensuring that its relevance for current investors is almost completely nullified.  Knowledge that investors in the 20th century received bad returns in September won't help an investor to manage their portfolio in 2020 or 2021.

So even though he was a "Pudd'nhead", Mr. Wilson did have a point. There is no seasonal sweet spot for stock speculation.