We saw incremental improvement in the unemployment rate in September with the headline number, called the U-3 rate, down to 7.9% according to the latest Jobs Report released last Friday. The report was not straightforward, as these things never are, but there are good items along with some bad. The good news is that Un- and Underemployment rates are below their Global Financial Crisis highs, and heading in the correct direction. Large unemployment spikes take time to work themselves out, and the quick rebound is a step in the right direction. 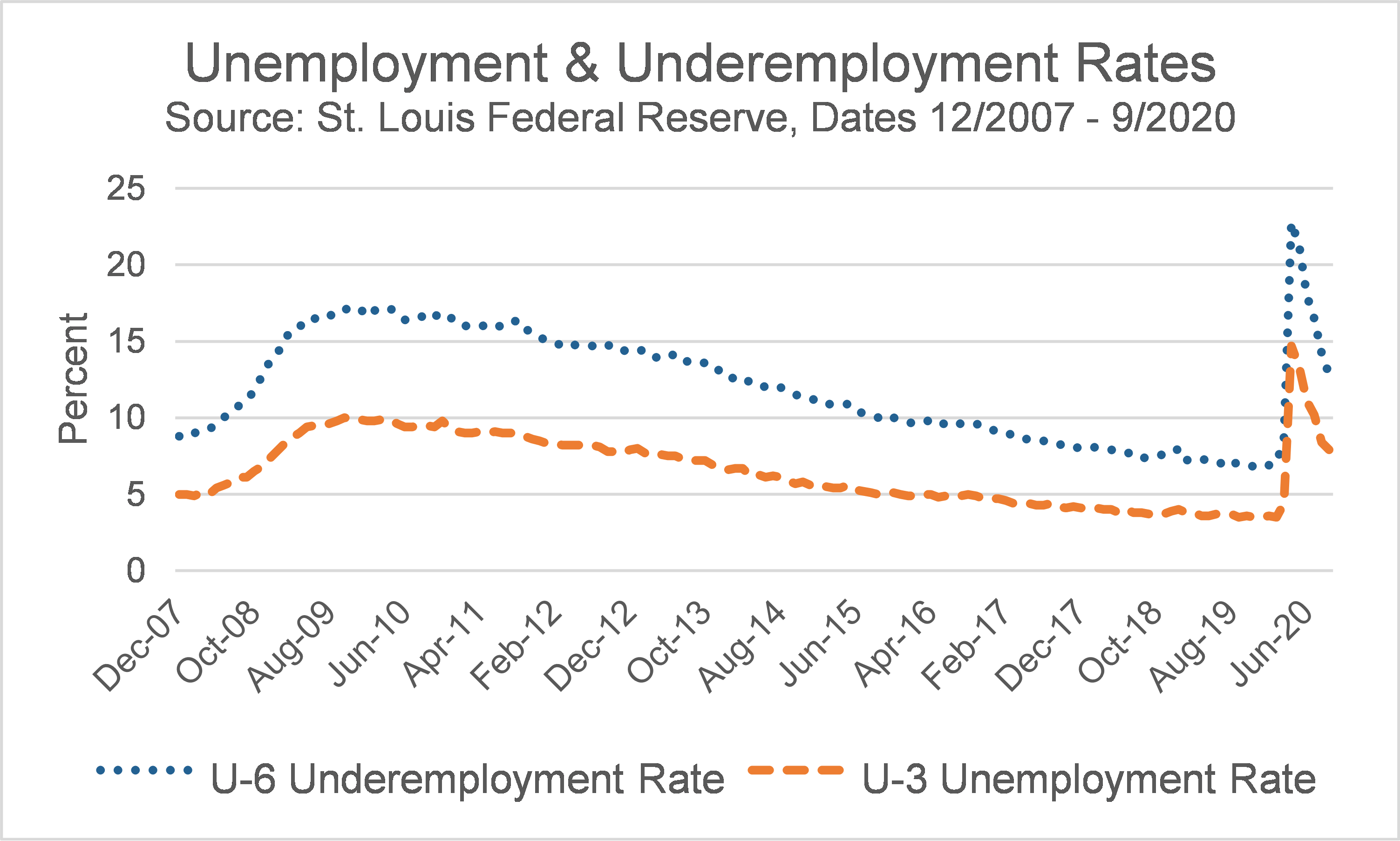 Labor force participation has bounced off the lows but has stalled its recovery. It is still well off the highs that occurred before the Global Financial Crisis. It will be important to continue to watch the participation rates, the decline was arrested in 2015, but it would be good to see the rates move back north. Labor force participation is one of the key ingredients in potential GDP growth and we would like to see it climb back into the upper 60s. 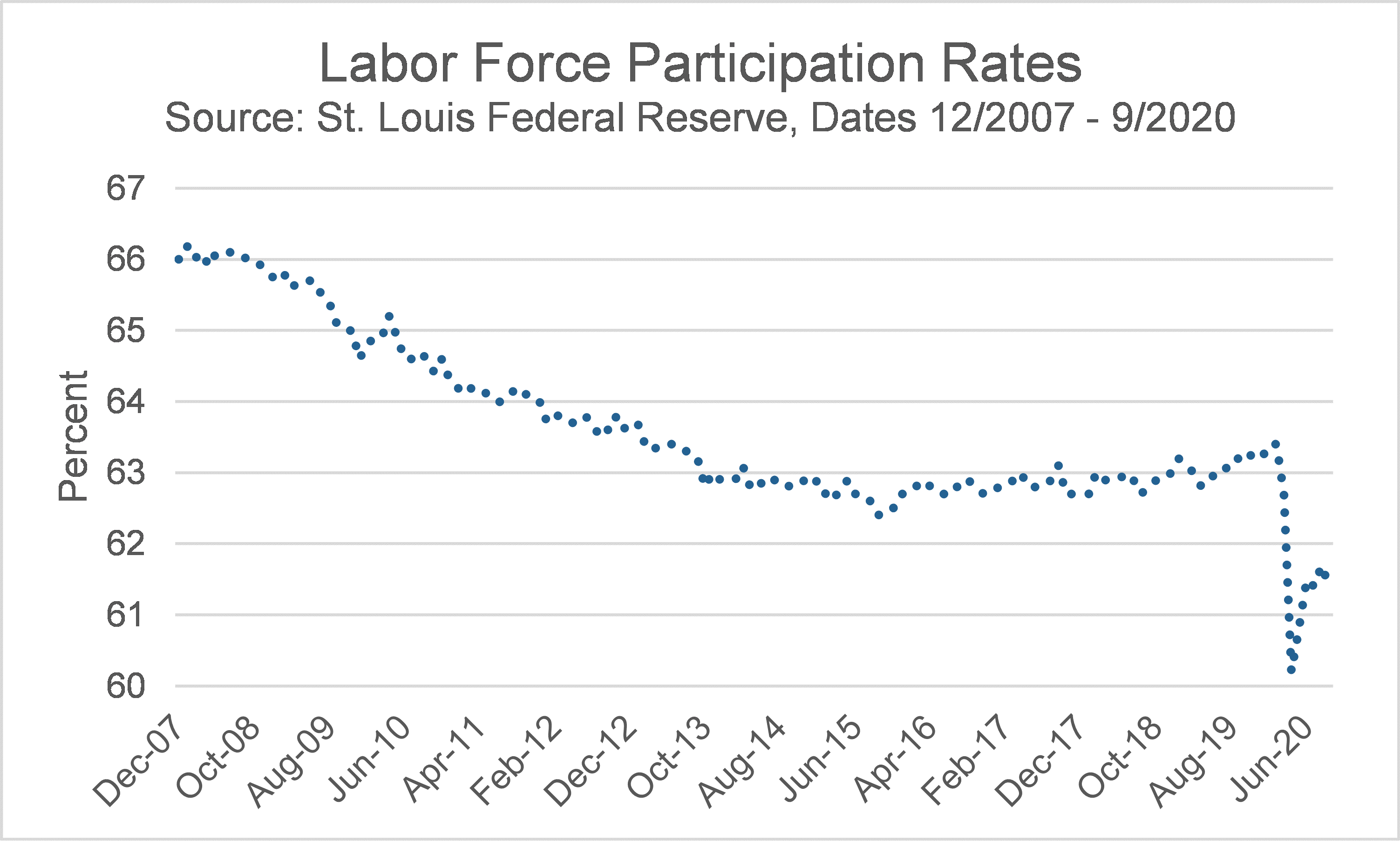 The markets seem to be at times waiting for and at other times anticipating another round of stimulus. According to a recent Bloomberg survey, 84% of the small businesses that had received Paycheck Protection Program (PPP) funds have exhausted them. We have all heard why small business is important in the past, but it is important to restate the idea with facts. Small businesses, specifically those that do not have access to the capital of Wall Street, is vitally important to the growth of our country. Companies under 1,000 employees make up 60% of the US workforce, but they account for 70% of the job creation. We have seen that we need more job growth, and jobs are primarily grown in small firms. Getting help to struggling smaller firms is a key part of the economic recovery. 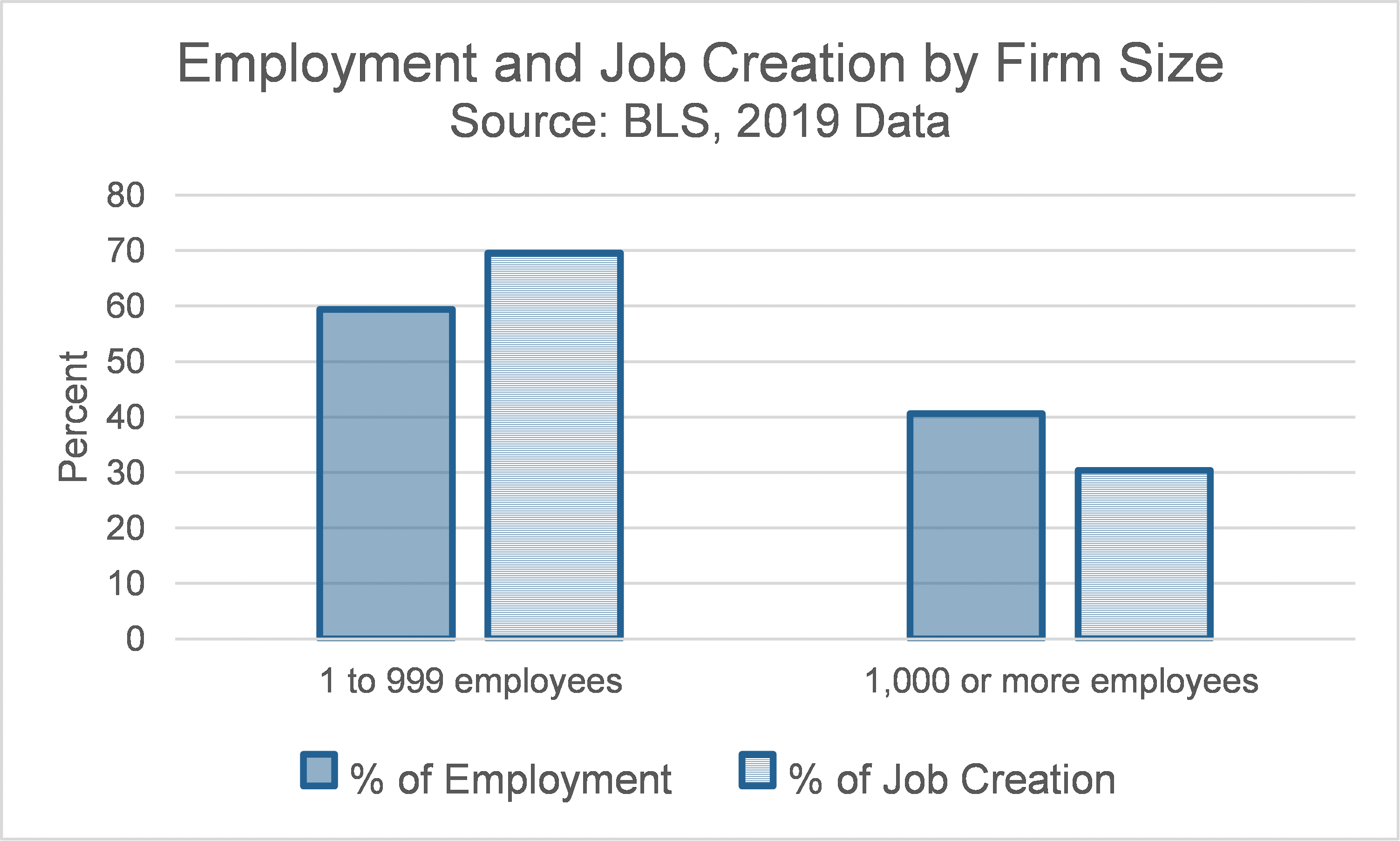