The market's rotation to small-cap stocks continued last week as companies with a market capitalization between $300 million and $2 billion were the only domestic equity sector to post a gain over the five days.  In fact, since the end of September, smaller companies have significantly outperformed the more celebrated large-cap companies.in the S&P 500, as can be seen in the chart below. 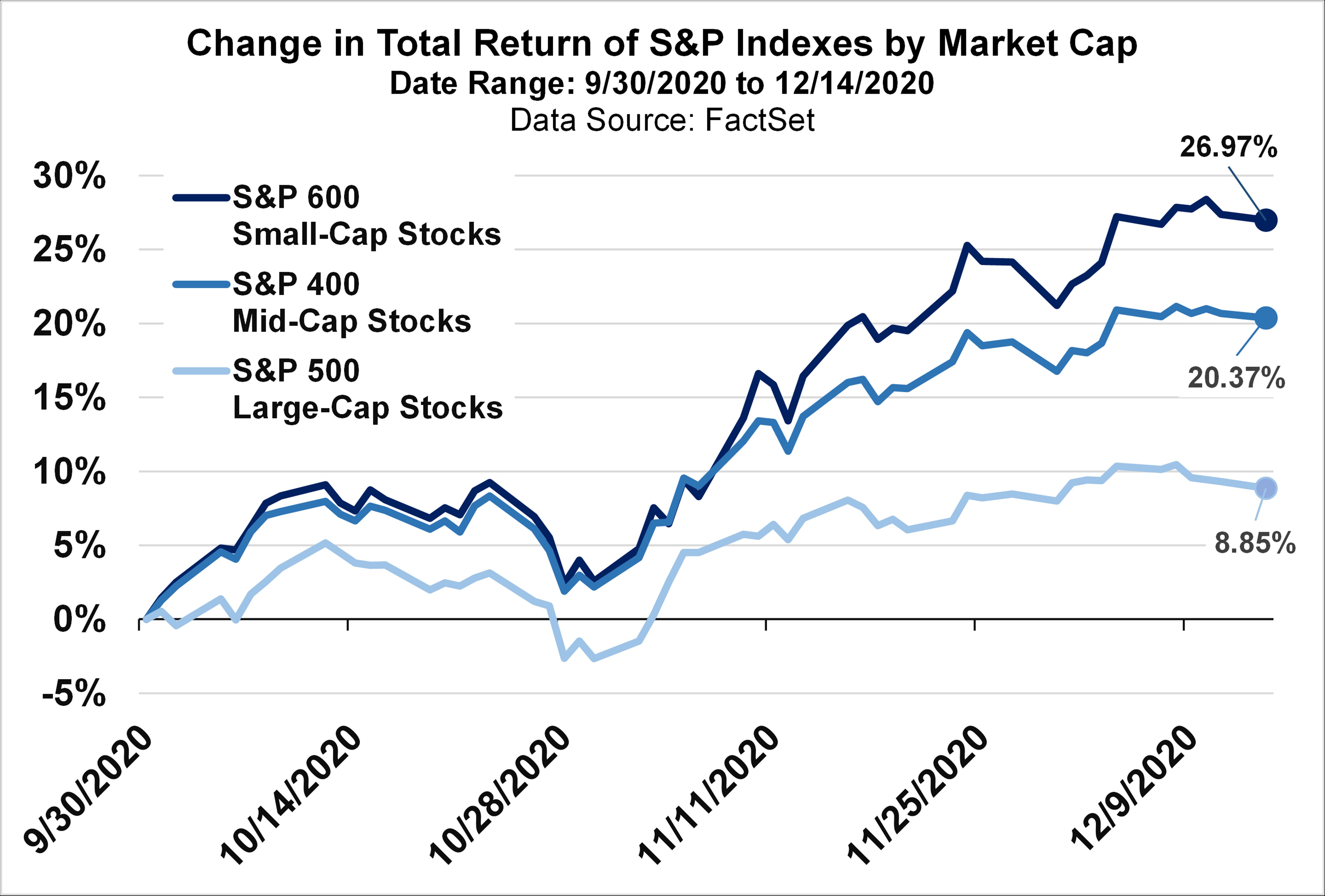 From 9/303/2020 to 12/14/2020, the small cap benchmark index, the S&P 600, has gained almost 27%, the mid-cap benchmark index, the S&P 400, has advanced over 20%,while the S&P 500  large-cap index has added almost 9%.  Although smaller stocks were leading the pack in October, the biggest gains appear to come after Pfizer's announcement of successful coronavirus vaccine trials on November 9th.  This accelerated bump could be a sign that investors are hopeful for positive growth in 2021 as the possibility of a more open and robust economy appears likely.

The other major news story of the week was the market's continued enthusiasm for initial public offerings (IPOs) of technology companies this year. So far in 2020, over $140 billion has been raised through new stock on U.S. exchanges, far exceeding the previous full-year record set at the peak of the dot-com boom in 1999, according data provider Dealogic. Food delivery service DoorDash and vacation rental marketplace Airbnb generated the biggest buzz during the week, with the duo starting on Monday as private companies last valued at a combined $34 billion and ending on Friday as public companies together worth almost $170 billion. Neither company is near a state of long-term profitability, but Airbnb management believes the covid-induced, pent-up travel demand will benefit the company in the near future, while DoorDash founder and CEO Tony Xu stated that the American public will continue to take increasing advantage of the convenience of online food delivery even after the virus lockdowns are lifted.

Investors cannot invest directly in an index. These unmanaged indexes do not reflect management fees and transaction costs that are associated with some investments. Past performance is no guarantee of future results.