Pardon the excursion into hyperbole, but 2020 was an unusual year. Several seemingly solid ideas about investing faltered over the course of the year. Let's briefly look at one example. Companies with similar business activities are grouped into industrial sectors by the financial markets. Under different types of economic conditions, certain sectors traditionally perform well, while others struggle. Two sectors consistently used to illustrate this dissimilar performance are the consumer staples sector and the consumer discretionary sector.  Companies in the consumer staples sector either produce or sell products that people buy on a regular basis, including food and personal care items. The two largest companies in the S&P 500 Consumer Staples sector are Procter & Gamble (they produce the goods) and Walmart (they sell the goods). The consumer discretionary sector includes companies that deal with the products not considered staples; these businesses cater to consumer wants not needs.  Restaurants, automobile manufacturers, and entertainment providers are included in this grouping.

One common idea about sector trends you will see in the financial media is that consumer staples stocks will outperform consumer discretionary stocks during difficult and uncertain economic times. Even under duress, consumers still need to consume the products that provide for their basic needs, and consumer staples companies should continue to generate sales and profits. At the same time, consumers will curtail their purchases of discretionary items until the future looks more certain. During the Great Recession, which officially lasted from December 2007 to June 2009, the consumer staples sector index fund (ticker: XLP) significantly outperformed the consumer discretionary index fund (ticker: XLY), as can be seen in the chart below: 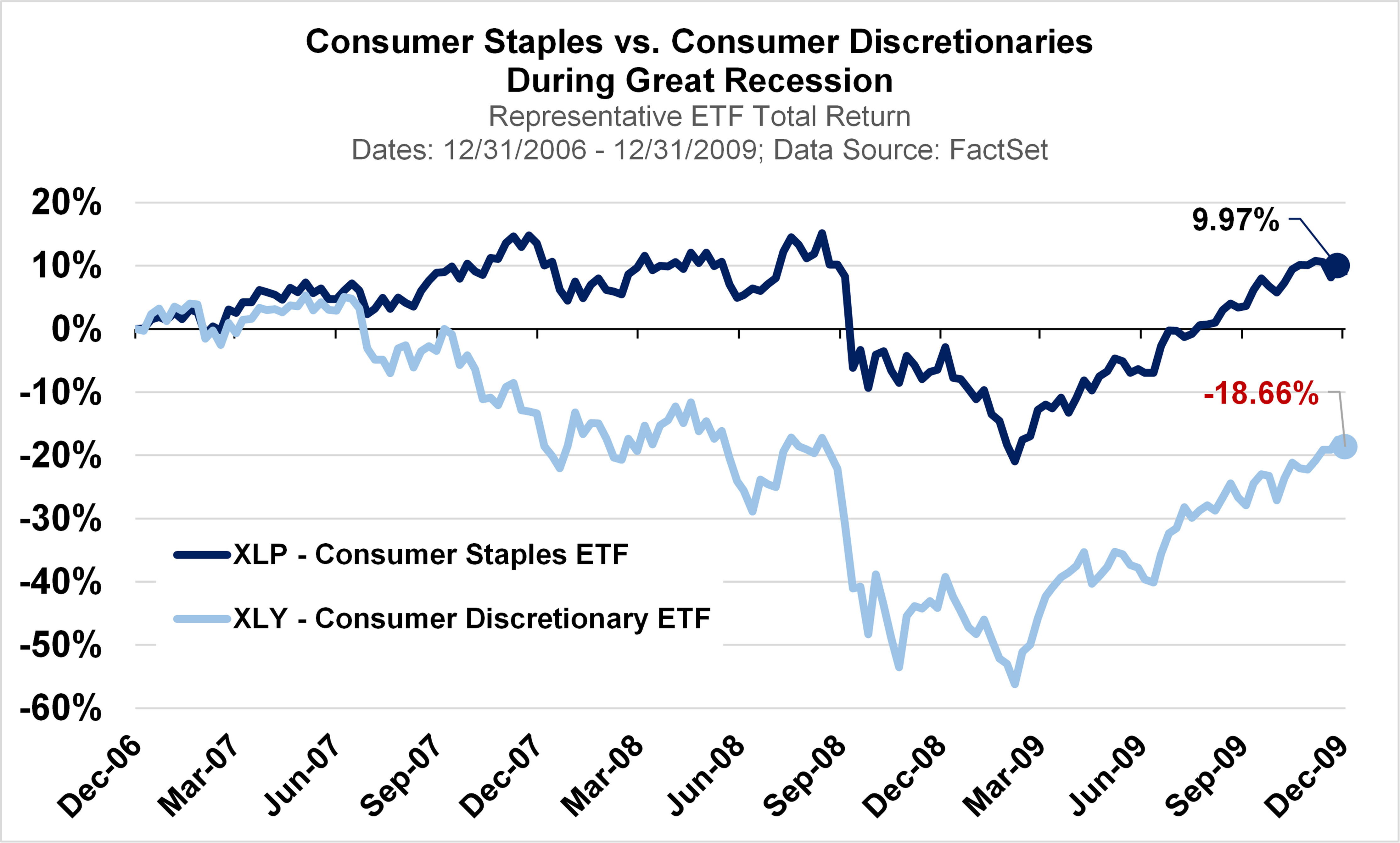 However, in 2020, a year which featured a recession and both extended global lockdowns and continued unemployment, the same consumer discretionary sector fund outgained the consumer staples sector fund by a large margin (as can be seen in the chart below). How did this happen?  Well, it has a lot to do with the largest company in the S&P 500 Consumer Discretionary Index - Amazon.com, Inc.  The e-commerce behemoth had a total return of 76% in 2020, and it makes up over 21% of the index. Last year, Amazon didn't just generate revenue by delivering goods to those sheltered in place, but by also running the largest cloud computing platform (Amazon Web Services) that provided the digital infrastructure that allowed many people to work from home. 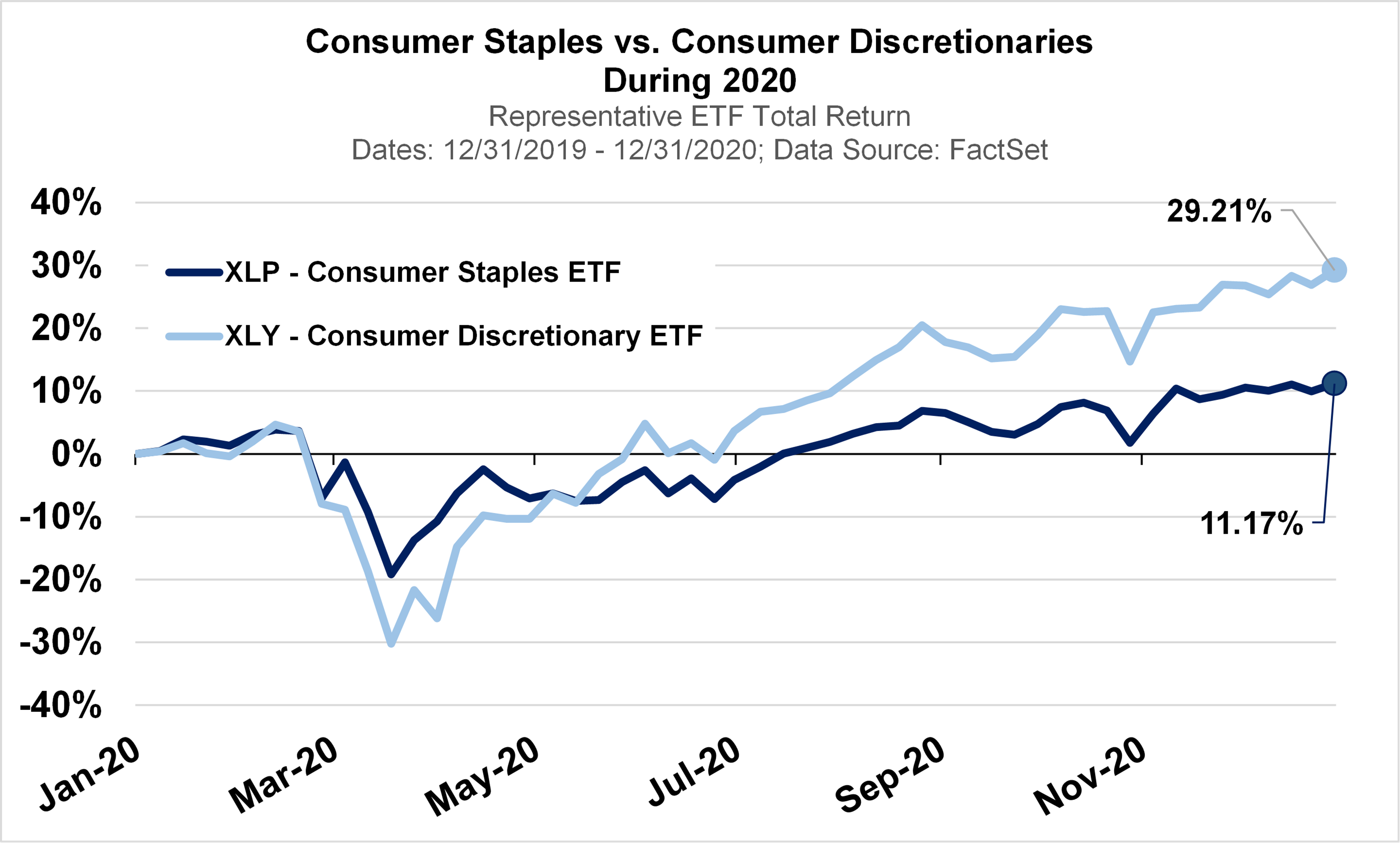 With so much business generated during an economically challenging time, should Amazon still be considered a consumer discretionary stock? Possibly not, but just like other consumer discretionary companies, Amazon should see its revenues pick up as the economic picture improves.  Large, multi-faceted, mega-cap tech companies like Amazon are a challenge to classify according to the old categories; and thus, they present the possibility of distorting even the most well-reasoned investing thesis.