The S&P 500 had its best week of the new year, as corporate earnings season began in earnest last Tuesday.  Netflix garnered most of the headlines by beating Wall Street expectations on subscriber and revenue growth during the fourth quarter (Q4) of 2020 as it continued to benefit from coronavirus lockdowns. The media streaming service reported that now with more than 200 million subscribers worldwide paying on average $11 dollars a month, the company will be able to generate enough cash to cover its production costs. Positive earnings surprises weren't just limited to the biggest technology companies either, as the financial sector handily beat expectations last quarter. Volatile capital markets and a record number of new companies going public last quarter helped boost the financials of the biggest companies in finance, including JPMorgan Chase, Goldman Sachs, Citigroup, and Morgan Stanley.  The big news from the big banks helped push the year-over-year (YOY) 2020 Q4 earnings growth for the S&P 500 Financials sector from an estimated - 9.4% on 12/31/2020 to 11.3% as of last Friday (1/22/2021) according to data provider FactSet. That would give the sector the greatest growth in the S&P 500 as indicated in the chart below. 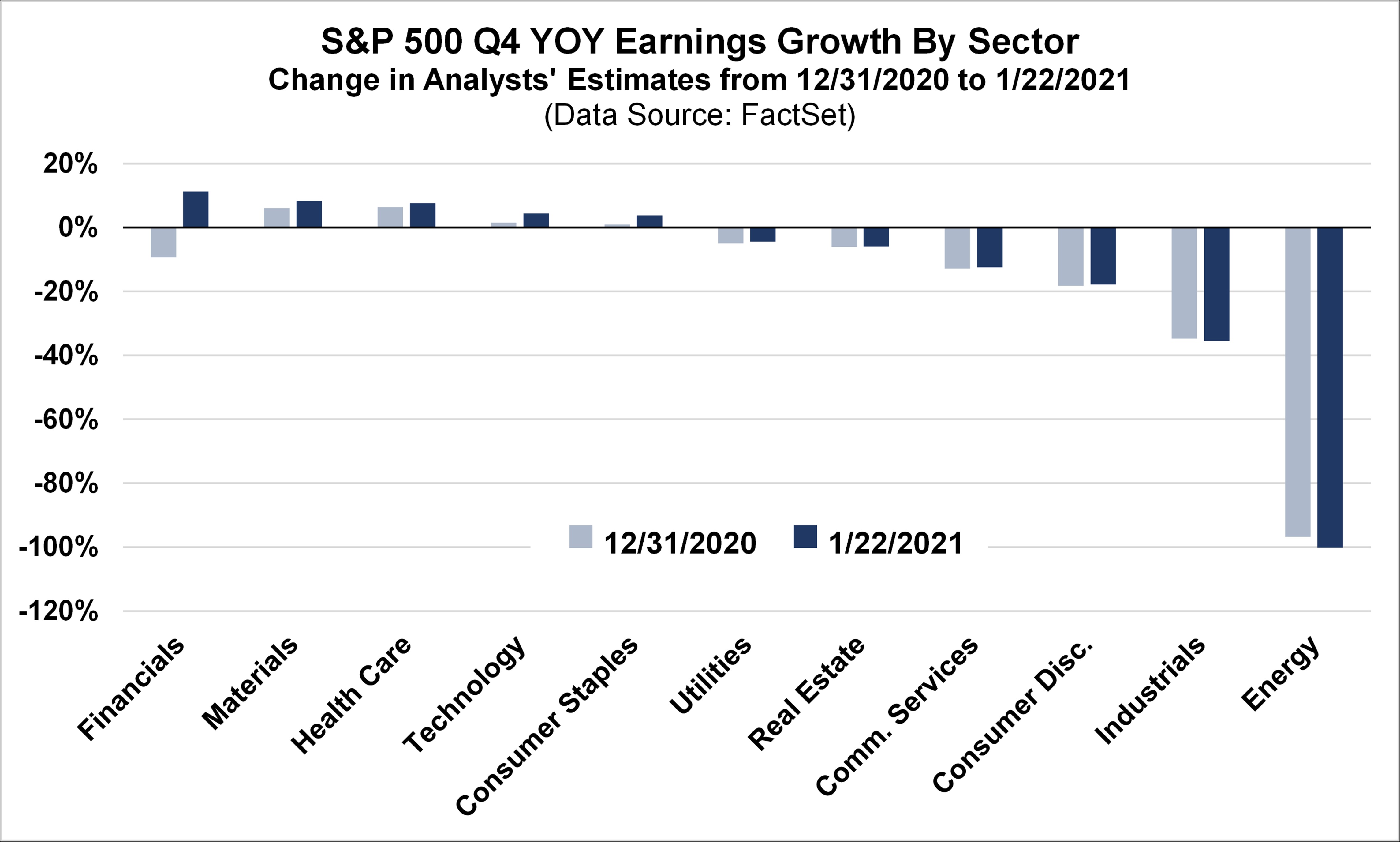 With only 13% of the S&P 500 reporting actual results as of 1/22/2021, companies are reporting positive earning-per-share (EPS) surprises and positive revenue surprises at the highest rate since FactSet began tracking the metrics in 2008. The early good news has boosted the aggregate analyst estimate of S&P 500 earnings growth for Q4 from -9.2% on the last day of 2020 to - 4.7% as of Friday.  The percentage of companies issuing positive projections (or guidance) for the current quarter is also well above recent results.

The upcoming week will deliver a more complete verdict on the current upbeat data, as 118 companies in the S&P 500 will report their quarterly results including three of the biggest companies by market cap (Apple, Facebook, and Tesla) on Wednesday. The global reach of the biggest tech behemoths should help bolster their results as the data so far shows that companies with geographically diversified revenue exposure have weathered the 2020 storm better than companies with more concentrated domestic revenues (see chart below). 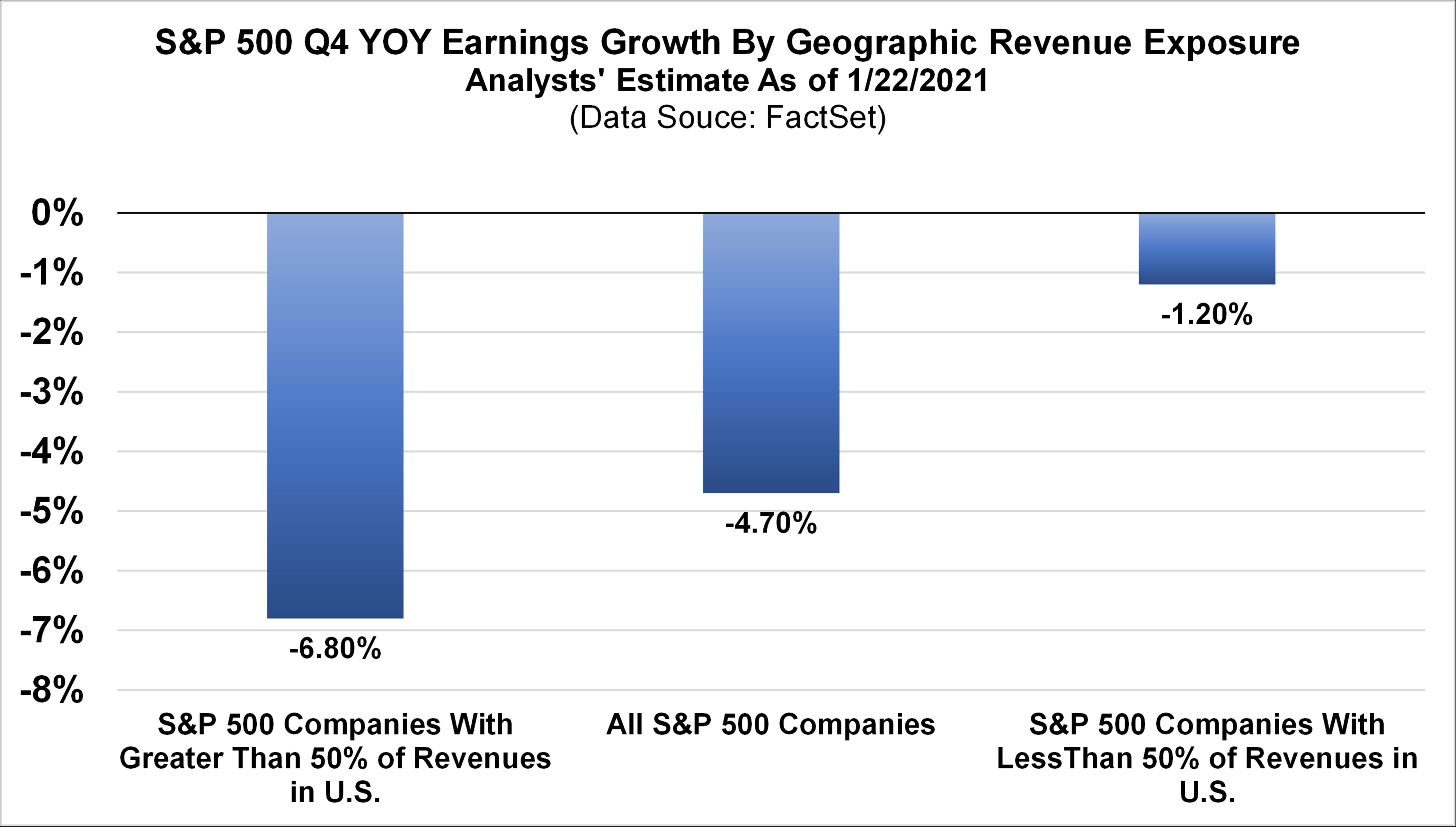