This month marks the 116th anniversary of the first public announcement of Russell's Paradox. Back in 1902, British philosopher and mathematician Bertrand Russell discovered a logical conundrum that proved that all of mathematics was built on a mountain of lies. Russell had found an inconsistency in set theory, which was the foundation of all mathematics at the time. Ultimately, the paradox concerned itself with the impossibility of constructing a set of all sets, but it was popularized as a short riddle about an unusual barber:

There exists a village with a barber who shaves all the men and only those men in the village who don't shave themselves. Now, does the barber shave himself?

When confronted with this puzzle, most mathematicians could only meekly respond with "Jeez, why does this barber have to be such a jerk?" Befuddlement over the paradox plunged the whole profession into scandal; mathematicians were shunned from universities, forced to find employment elsewhere, mostly as typewriter repairmen or Latin dance instructors. Everywhere teenagers rejoiced as they were set free from the confines of pre-calculus classes and allowed to roam the city streets.

But the years passed on as they usually do, and as home razor technology improved, the whole idea of going to a barber to get a shave became antiquated. Eventually, an ex-professor asked his friends, "Man, that math gig ... Why did we give that up again?" When no one could remember what started all the fuss, they all decided get the whole gang back together again and start a reunion tour. And across the land, hordes of crestfallen children were herded back into the classroom to once again contemplate trapezoids and quadratic equations. 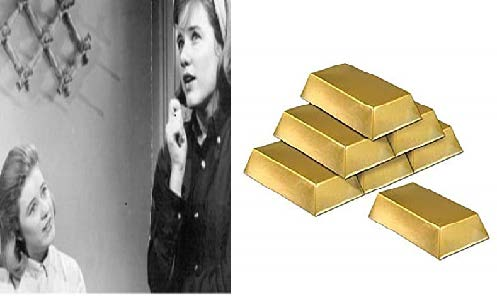