Despite appearances, everything is not copacetic in the world of college basketball. According to Google, there will be no winner of the Apothecary Cup this year. What the heck is the Apothecary Cup? Well, it was a trophy awarded to the champion of a post-season basketball tournament featuring small pharmacy colleges from across the country. The competition was featured on ESPN back in 2012 along with a profile of the most dominant team in pharmacy college athletics: The Eutectics of the St. Louis College of Pharmacy. A eutectic (pronounced you-tek-tik) is a type of chemical mixture commonly created in pharmacology. Students at the school were even able to craft a cheer that rhymed with their nickname:

Smack it down, reflect it!

Will smash you in his mortar bowl!”

Armed with this nerdy nickname and witty wordplay, the St. Louis College of Pharmacy was apparently able to convince the other future pharmacists of America to give up their hoop dreams and disband the tournament in 2018. 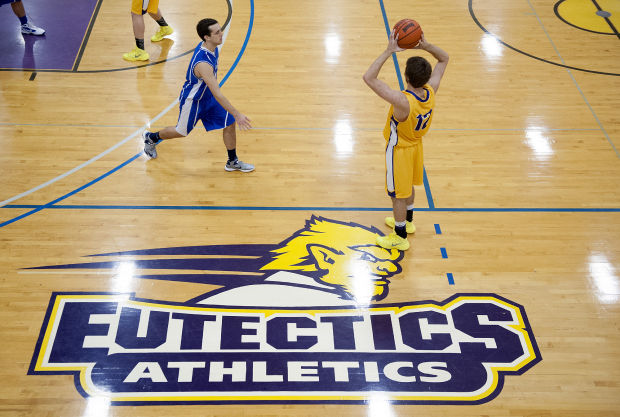 Tasked with creating a mascot and logo to represent a complex chemical concept, a former athletic director at the St. Louis College of Pharmacy decided to make him look like "a giant gremlin".
Read more >>