The prospect of armies of autonomous automobiles traveling freely through our cities' streets in the near future can be disconcerting to anyone.  Thus, car companies have been diligently working for years on ways to alleviate these fears.  Engineers at Jaguar, for example, believe that the best way for people and roaming robots to build trust is to establish eye contact between man and machine.  Therefore, relying heavily on previous British breakthroughs in friendly face technology that produced Thomas the Tank Engine, the researchers built two bulbous blue eyes into the facade of their  test pod.  During simulations the machine's components and sensors all functioned properly, but its interactions with humans made the test facility's creep-o-meter go haywire. It seems that some pedestrians thought the vehicle was giving them the stink eye and felt that it glared at them if they took too long to cross the street.  Thinking that maybe adding a big, friendly smile to the face might put these passers-by more at ease, the engineers decided to attach large metal teeth to the front of the vehicle. No one likes to talk about how that feature tested - they're still trying to clean up the mess. 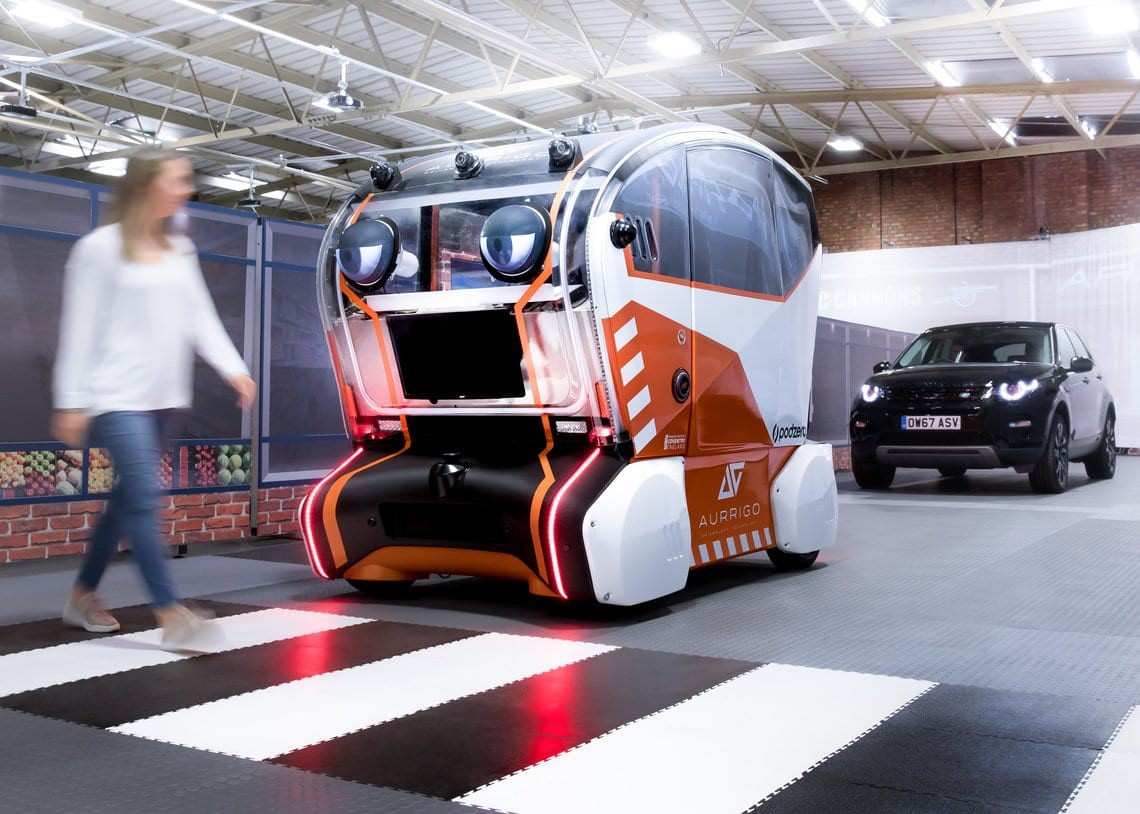