As the unofficial curator of the compendium of Canadian canine curiosities, this writer thinks it would be a disservice to his readers if he didn't feature the beloved TV series The Littlest Hobo in at least one newsletter. Running from 1979-1985 on CTV, the show's title character, an ownerless German Shepherd, wandered about the Great White North meeting new people and getting into adventures in every episode. The Littlest Hobo's feats of doggy derring-do grew more impressive as the seasons went on. While an early episode might have him showing a lonely paraplegic boy in Moose Jaw, Saskatchewan, the true power of friendship, later stories had the Littlest Hobo bringing an international gang of art thieves to justice or helping a Russian ballerina defect from the Soviet Union. Regardless of the circumstances, for over seven years the Littlest Hobo was dogmatic in his dedication to hounding evildoers. And to think that all that American canine Lassie ever did was save that stupid kid Timmy when he fell into a well.

The Littlest Hobo's theme song is featured here.. It is no exaggeration to say that this is the catchiest tune in Canadian television history. 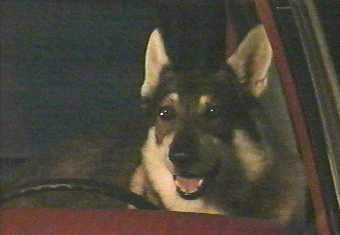