If someone told you a tiny little leprechaun carried this newsletter through the interwebs to your computer, you would probably say that doesn't sound likely. "But why?" that same someone may reply. "Ockham's razor" is the answer you would give if you went to college and took a course on how to respond to silly questions. But what is Ockham's razor?  Well, that is what this section is for:

A long, long time ago, magical mischief-makers roamed the earth. Gremlins, goblins, hobgoblins and many others constantly interfered in the affairs of men. If anything went wrong, everyone knew that these monsters were responsible. Into this wretched world arrived a medieval English clergyman named William of Ockham. A philosophical monk with an inclination to debunk, William was determined to end this reign of terror. Having grown up on the mean streets of Ockham, he was handy with a blade, so he decided to grab his razor and get to work.

Fiendish imps and impish fiends all met their maker on Ockham's razor. William followed a simple "law of phoney baloney" - any creature full of it would be put to the blade. Unfortunately, through the centuries the perfectly sensible term "phoney baloney" has been garbled into the nonsense word "parsimony", and it is the law of parsimony that is most often associated with Ockham's razor in modern philosophy textbooks.

Nevertheless, now things happen only for the simplest, most boring reasons because Ockham's razor killed all the complicated, magical things. Well, except for that little Baby Yoda. Ockham's razor has no power over that much cuteness. 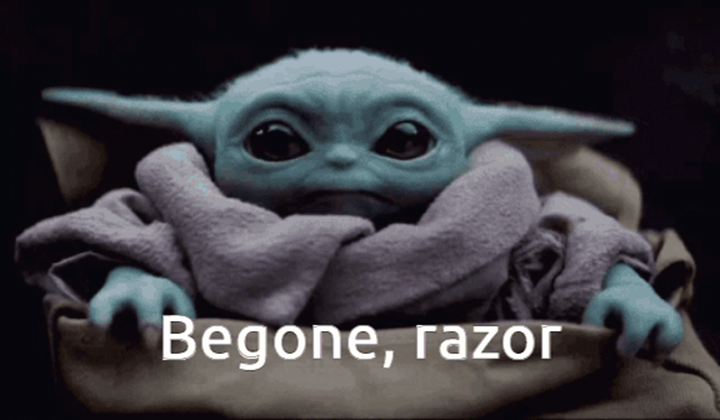