Due to the extreme volatility in the markets during March, The Protactical took a brief leave of absence, but that doesn't mean the "On a Lighter Note" chuckle-churners weren't fully operational during this time period. Below we give you a sample of what you missed:

Disturbing news from the Irish beat, as a Dublin man has become the recipient of the first venomous snake bite ever recorded in modern Ireland. Of course, as all serious students of history are already aware, Ireland was once a reptile isle, a place where every snake could slither hither and thither unmolested. Then one day the mighty St. Patrick arrived on its shores, tied an onion to his shoe, and booted all the wee little serpents into the sea. Thus, for centuries there have been no snakes on a plain, or on a hill, or in a glen throughout the Emerald Isle. But nowadays the old ways have been forgotten, and reason has left the minds of men, so it appears the blight of the snakebite has once again returned to the Land of Ire.

According to the news reports, the victim claimed that the snake's a real charmer, as it was wearing a "Kiss Me I'm Irish" hoodie and humming (or hissing) an old Duran Duran tune as it approached its prey. This writer is certain that nothing stranger than this could possibly happen in world affairs this month. 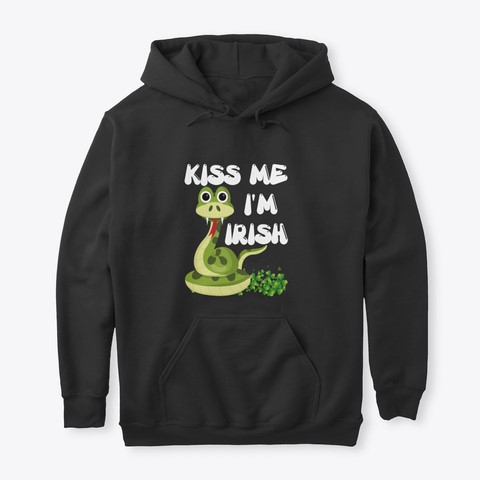 The alleged outfit worn by the serpentine attacker. However, a snake wearing a sweater with a snake on it seems redundant, and I don't know why he would need sleeves.
Read More >>