School sure was tougher in the past. For example, back when I was at university, there were 27 letters in the alphabet. You see the ampersand (&), a noble typographical symbol with roots in ancient times, was listed as the last letter of the alphabet in grammar books during the mid-1800's. But as education entered the 20th century, there was a change in the letter lineup. Seemingly overnight, the new law of the land was to ban the ampersand. There were accusations that the makers of Alphabet Soup had lobbied schools to remove the ampersand because all of its curlicues were difficult to render in noodle form. Many just felt that the last letter should be Z because it was full of pizzazz, and it had influential backers like zebras and zillionaires. No real faction appeared to support the ampersand during the replacement process. Former friends such as Bed Bath & Beyond, Ben & Jerry's, and AT&T all turned their back on the character in its time of need.  Of course, not all change is bad. The removal of ampersand did force the ending of "The Alphabet Song" to be rewritten, which originally had quite a different and disconcerting conclusion:

Now,  I have just one demand
Next time you better have cash in hand. 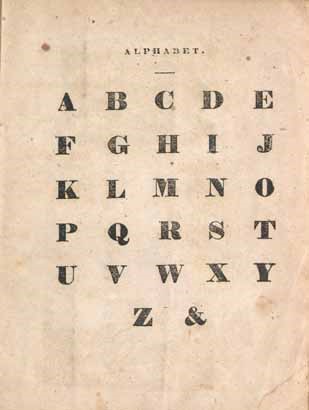 A page from my old English book.