Sometimes words fall out of fashion for no good reason. Take the word yester, which once was used as a prefix before dozens of words to convey the meaning of "previous or preceding". Now only yesterday remains in common usage. But yester can still serve both practical and poetic purposes.  For example, one could correctly say that, "February was yester-month." And who wouldn't be impressed by the word-selection of a college student who proclaimed, "In my yester-semester, I was a much better tester."

Finally, just released studio recordings from 1965 show that even the Beatles utilized the many possibilities for yester when crafting their signature melancholy melody. While searching for just the right time span to feature in their new song, they tried a couple of different versions of the opening stanza:

Yesterweek
All my troubles seemed so very meek
Now it looks as though they're going to peak
Oh, I believe in yesterweek

Yesterminute
All my troubles seemed to have a limit
Now it looks like there's no way to spin it
Oh, I believe in yesterminute 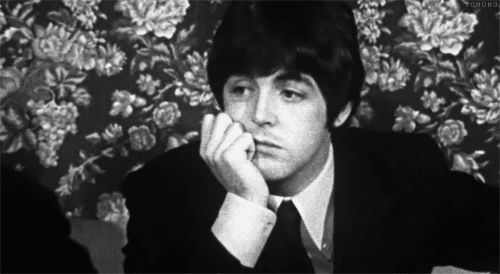